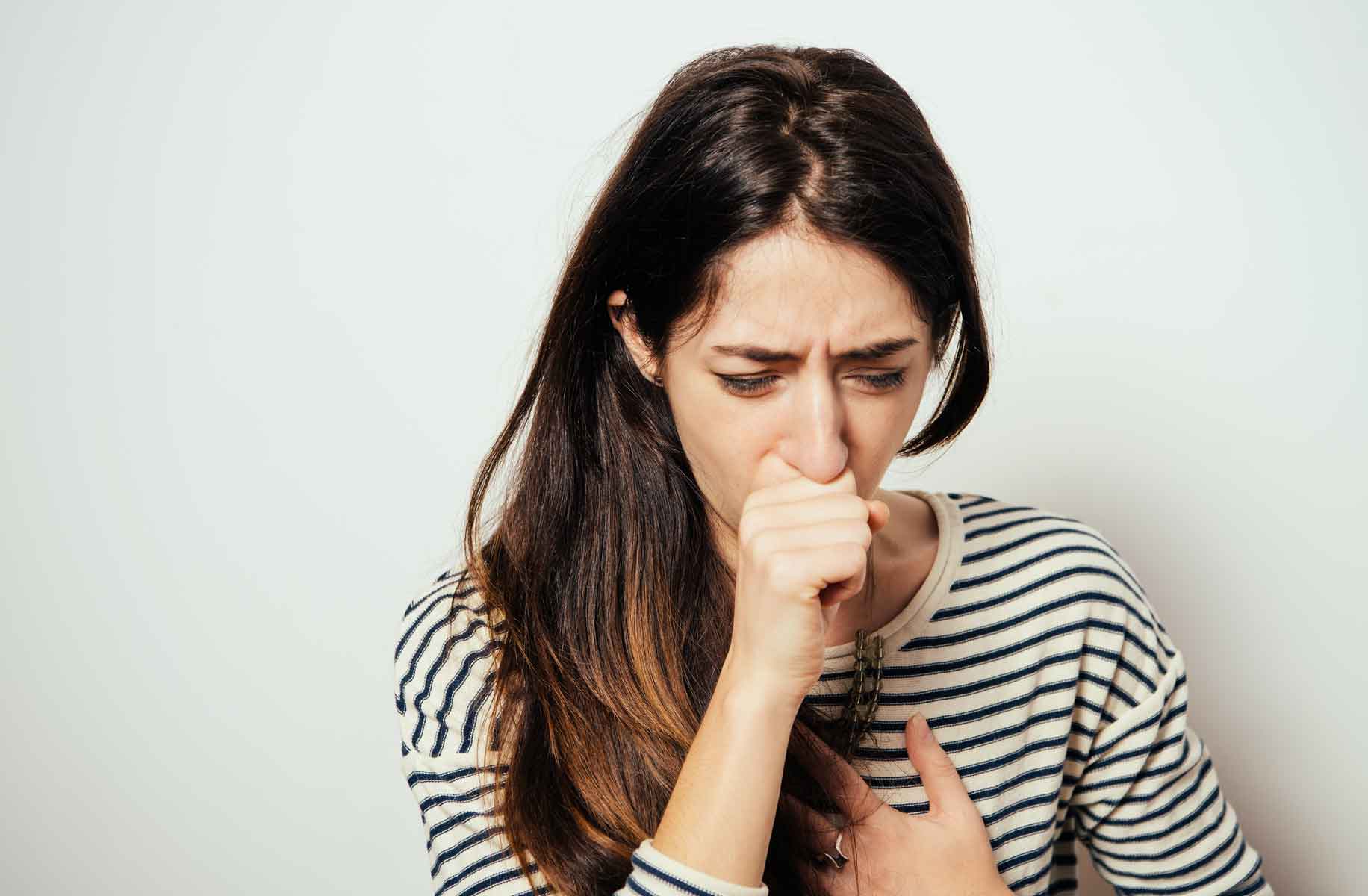 A cough is a reflex action to clear your airways of mucus, phlegm, and irritants, such as dust, smoke or a foreign body. It can be caused by inflammation of your upper respiratory tract (throat and windpipe) due to a viral infection. Viral infections include; the common cold, flu, laryngitis, and bronchitis. These viral infections can also spread to the lower respiratory tract (bronchi) and cause a cough. It’s a symptom of many illnesses and conditions including: asthma, bronchitis, common cold, influenza (flu), smoking, and whooping cough (pertussis).

There is no quick way of getting rid of a cough that is caused by a viral infection. It will usually clear up after your immune system has defeated the virus. You can take over-the-counter medications to reduce fever (high temperature), and to ease any aches, pains and headaches. Children under 16 should not take aspirin. Have lots to drink if you have a fever in order to prevent mild dehydration. Please see your physician if the symptoms doesn’t go away in three days.

According to World Health Organization (WHO), acupuncture has a therapeutic effect on whooping cough and may be useful in treating pertussis (whooping cough), by relieving cough as well as promoting a cure. A cough is the main symptom of lung problems and may result either from attack by external (or environmental) factors which disturb the Qi of the Lung (the essential energy of the lungs), or from disorders of the lung itself or other diseased organs affecting the lungs.

Acupuncture and herbal Medicine can be prescribed to relieve chronic cough. Acupuncture targeting the Hand is used for the treatment of coughs due to external (environmental) factors. Acupuncture and/or Moxibustion (which involves igniting a cone or cylinder of moxa close to the skin) are applied to relieve the symptoms. Internal injury is characterized by blockage of the Lung by phlegm and is treated by acupuncture (targeting the Foot). Acupuncture treatment, or combined with moxibustion, is usually used to strengthen the function of the Spleen and get rid of phlegm.